Take a walkthrough of our AD Chives and revisit some of the most impactful advertisements of all time! This collection will bring back so many memories!

The story behind Nikeâ€™s famous, â€œJust Do itâ€ slogan 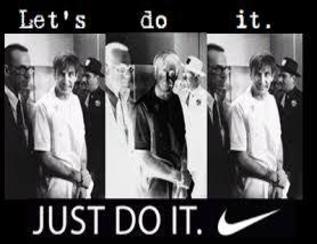 Ever wondered how Nike’s all time famous, “Just Do it” campaign slogan came into being? A slogan that helped reshape the image of the company to a leader in sports gear!

It is very important to firstly understand, that any brand needs to be able to form a strong connect with its audience for a successful tomorrow. If the brand’s message doesn’t appeal to the consumer demographic it is targeting, it will never see the intended impact it hopes to make.

It was 1987, Health and fitness had started to become an obsession with the rise of problems like obesity in American society. The two main sports companies competing for the top position at the time were Nike and Reebok. Nike was in the midst of a major drop in sales and had to lay off 20% of its work force. A number of advertisements published by the company had failed to make an impact and the top management was in panic mode. Wieden + Kennedy were in charge of the company’s branding and advertising.

In 1976, a notorious and globally known criminal by the name of Gary Gilmore had murdered a gas station employee, Max Jensen and a motel manager, Bennie Bushnell in Utah. Both victims had met his every demand but were still murdered. Not long after, Gary’s cousin Brenda turned him in. The .22 caliber weapon he used to murder his victims was also found hidden in a bush. At the time Utah had two death penalities to choose from, death by a firing squad or hanging. Gary chose the former.

Recalling the infamous killer’s last words, Dan Wieden made a small edit from, “Let’s do it” to “Just Do it” and pitched the idea. This one single slogan proved to be one of the most important and profitable moves in the history of the brand. Consumers’ instantly felt connected with Nike. The slogan had no age, gender or physical ability criterion attached to it. It bred pure energy and the will to achieve that motivated many! The brand’s share in the global sports shoe market shot up from 877 million dollars to a staggering 9.2 billion dollars, making it the leading sports shoe manufacturer. An amalgamation of motivational slogans and endorsements by renowned athletes created a driven environment of encouragement and health awareness that boosted the company’s brand image.

This is one of the greatest and most inspirational examples of how effective marketing and advertising completely changes the way we look at a brand. Nike instilled a sense of eagerness to achieve goals and meet targets in the masses. That’s why the company urges its patrons to not think but take matters in to their own hands. Just Do it.

The Flightless win the Lottery

The story behind Nikeâ€™s famous, Just Do it slogan

Lazy Advertising Or Bad Marketing? The Lg-whirlpool Fiasco Expert Review On How To Avoid This